Derek Hollingsworth is a gifted trial lawyer and advisor. Clients routinely call upon him with their most difficult, important, and sensitive matters. Derek’s rare experience handling both civil and criminal trial matters allows him to handle almost any crisis his clients may face.

Derek started his career focusing on business litigation and complex appellate work at the Dallas law firm of Hughes & Luce. As a young lawyer, he handled numerous commercial litigation matters, including working on a case that was argued before the United States Supreme Court. Recognizing that courtroom trial experience was difficult to obtain in a large law firm, Derek made the somewhat unconventional decision to leave private practice and join the Harris County District Attorney’s Office as a prosecutor. While at the DA’s office, Derek tried countless misdemeanor and felony cases to verdict.

Derek’s skill in the courtroom caught the eye of Rusty Hardin, and Derek joined Rusty Hardin & Associates, where he worked for 16 years and became a valued partner. During his 16 years with Rusty Hardin & Associates, Derek put his experience to good use by successfully handling high-stakes, high profile cases across the United States. He has routinely represented individuals and corporations in matters ranging from white collar and state court criminal defense cases to business and personal injury litigation matters.

Before attending law school, Derek obtained his undergraduate degree in accounting from Baylor University, after which he passed the Certified Public Accountant (CPA) exam. Derek then attended Baylor University School of Law, where he excelled. He was awarded the Fulbright & Jaworski Most Outstanding First Year Student Award, became the lead articles editor for the Baylor Law Review, and was a member of Baylor’s award-winning moot court and mock trial teams. Derek’s extra-curricular involvement only served to enhance his academic pursuits, and by the time he finished law school, he had graduated first in his class. After graduation and before entering private practice, Derek enjoyed the opportunity to clerk for the esteemed former Texas Supreme Court Justice Priscilla R. Owen, who now serves on the United States Court of Appeals for the Fifth Circuit.

In 2018, Derek teamed up with two close friends and colleagues to form Drumheller, Hollingsworth & Monthy, LLP. Along with his partners at DHM, Derek’s diverse background and wealth of experience is a huge asset to the firm’s clients.

Please refer to DHM’s Case Studies for summaries of Derek’s experience and victories for clients.

U.S. District Courts for the Northern, Eastern, Western, and Southern Districts of Texas

U.S. District Court for the District of Columbia

Fellow of the American Bar Foundation 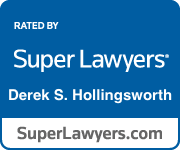 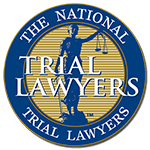